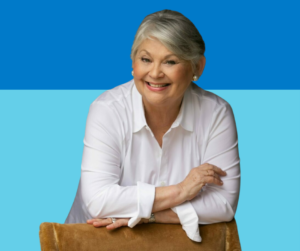 A note from Esther:

I grew up in Washington, DC, the daughter of Holocaust survivors. As a teenager, USY was my community and my continuity—I fell in love with it and eventually became a USY regional officer. Not only did my involvement lead to a love of USY, but my USY advisor introduced me to Bert Foer, my future husband!

In the years since, I worked as a press secretary for presidential candidate George McGovern, founded public relations firm FM Strategic Communications, and served as the executive director for Sixth & I Synagogue. I’ve been named one of The Forward’s Forward 50 and The Washingtonian’s Most Powerful Women in Washington. Most recently, I wrote my memoir, I Want You to Know We’re Still Here.

Bert and I have three sons, Jonathan Safran Foer, Franklin Foer, and Joshua Foer, all of whom have written best sellers.

I have spent my life trying to build a Jewish future, a mission very much aligned with USY’s, and I’m proud to be counted among USY alumni.