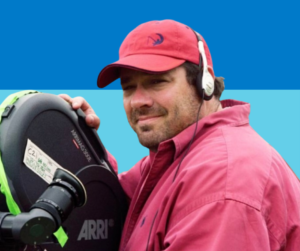 A note from Andy:

Everything I learned about leadership I learned in USY. To this day, I apply that as a director/writer/producer/for film/TV/theater. The opportunity to be on the ground level of planning and executing events ranging from small scale weekend events to large scale convention planning at such a young age proved vital for success later in life.

When I was in USY, I held various positions within my local Houston chapter at Beth Am—BAUSY—eventually becoming president. My father, Phil Fickman, was one of our advisors up until the time he passed away.

I also was active in our SouthWest Region—SWUSY—eventually becoming vice president.

When I was in college I became the advisor to the new Beth Am USY chapter—and eventually I became a Field Advisor for SWUSY!

On a personal level, my father passed away when I was 16—had it not been for the love and support of my USY family—I am not sure how I would have made it through those dark times.