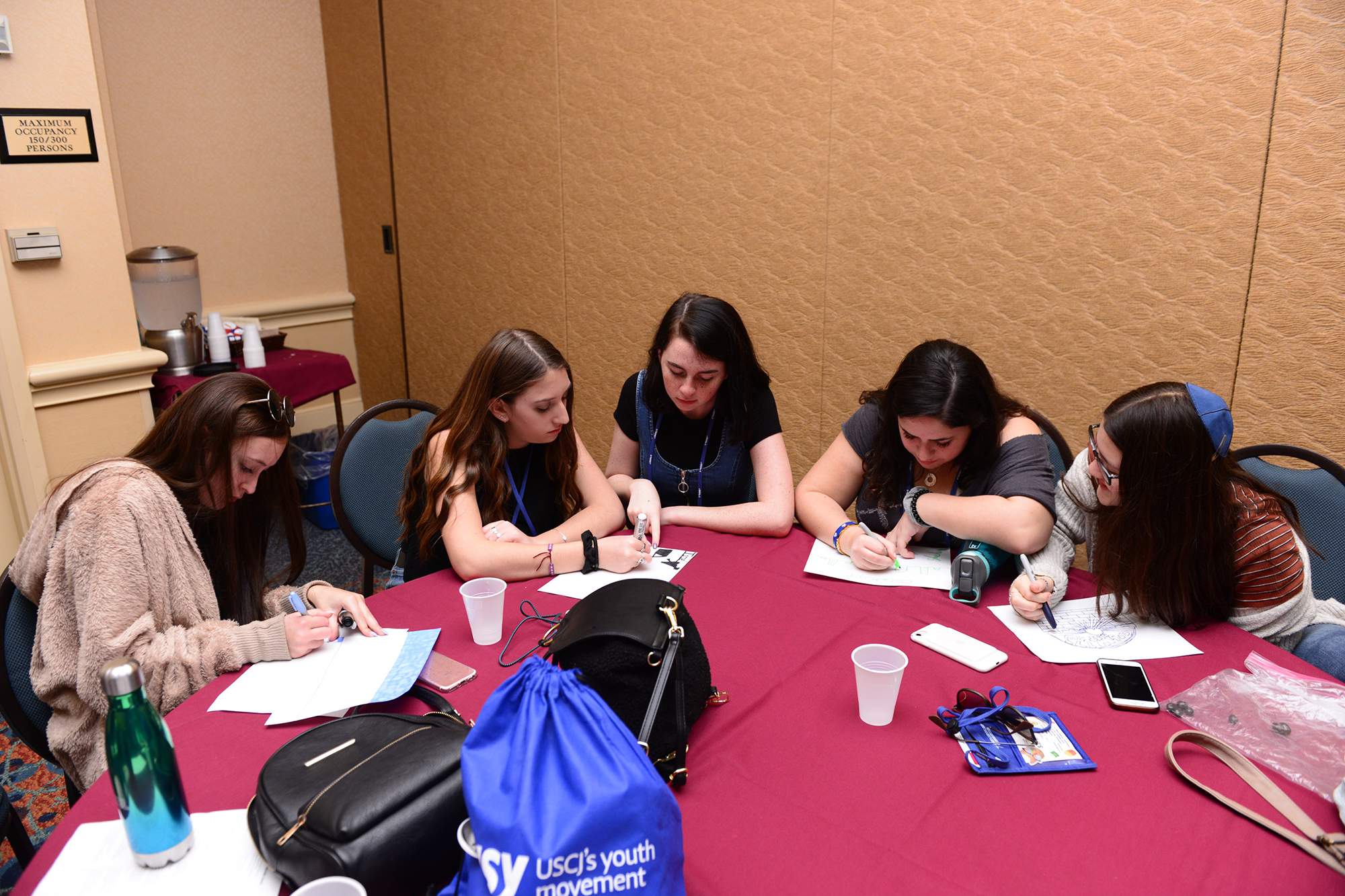 Check out episode 6 of our Israel video series, Takshivu (listen up), made by USYers for USYers, about Israeli culture, history, technology, geography, cuisine, and more. 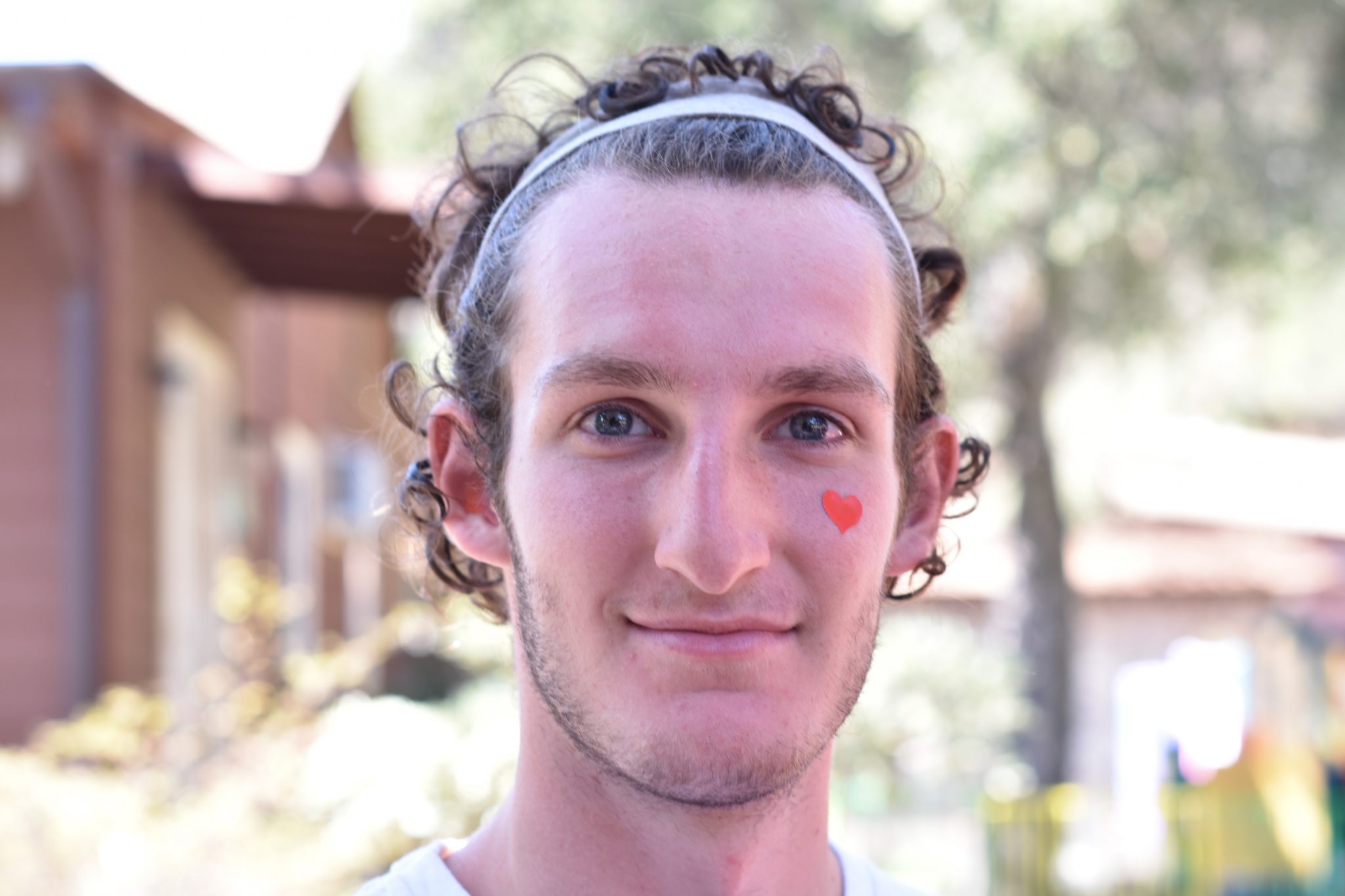 From the Office of the President

Dear USY leaders and staff, For the past nine months, it has been my honor and privilege to serve as the president of this powerful movement. I have met so many passionate teens, all of whom desire to build a better world. I am so proud of the work that we’ve accomplished so far, not Continue Reading »

We are proud to relaunch Achshav, USY’s (USCJ’s youth movement) blog. This is the place where we showcase you, the USYers, and your experiences, thoughts, and creativity.

This morning the convention body woke up dancing to the sounds of Shaharit Live, morning services accompanied by a live band of USY musicians. Wrapping things up, the 2017 International Board was officially installed, before the time came for USYers to wish each other a fond farewell. After a packed week of learning, celebration, and Continue Reading » 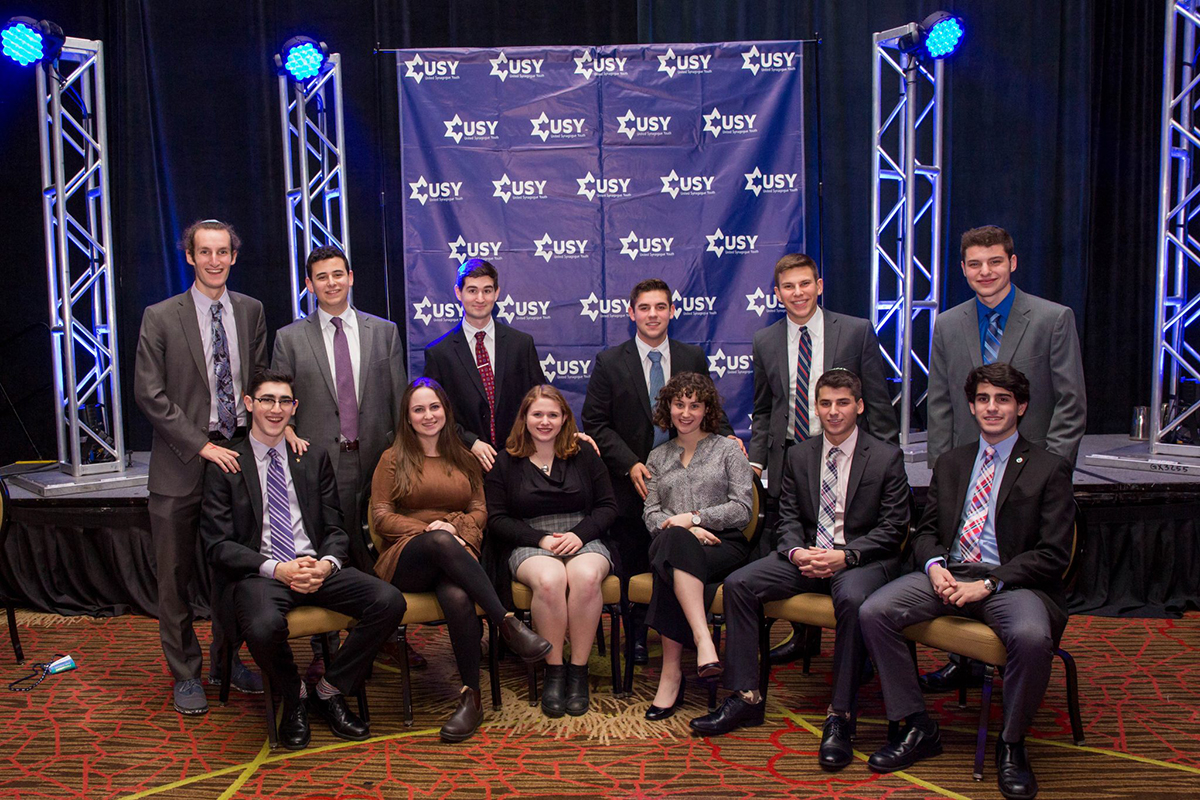 The morning began with creative services, where USYers chose from an array of unique approaches to prayer including zumba, arts & crafts, Harry Potter role playing, and more. Each minyan incorporated a different, hands-on approach, making services more relevant and exciting for our teens. The day’s big event was the election of USY’s International Executive Continue Reading » 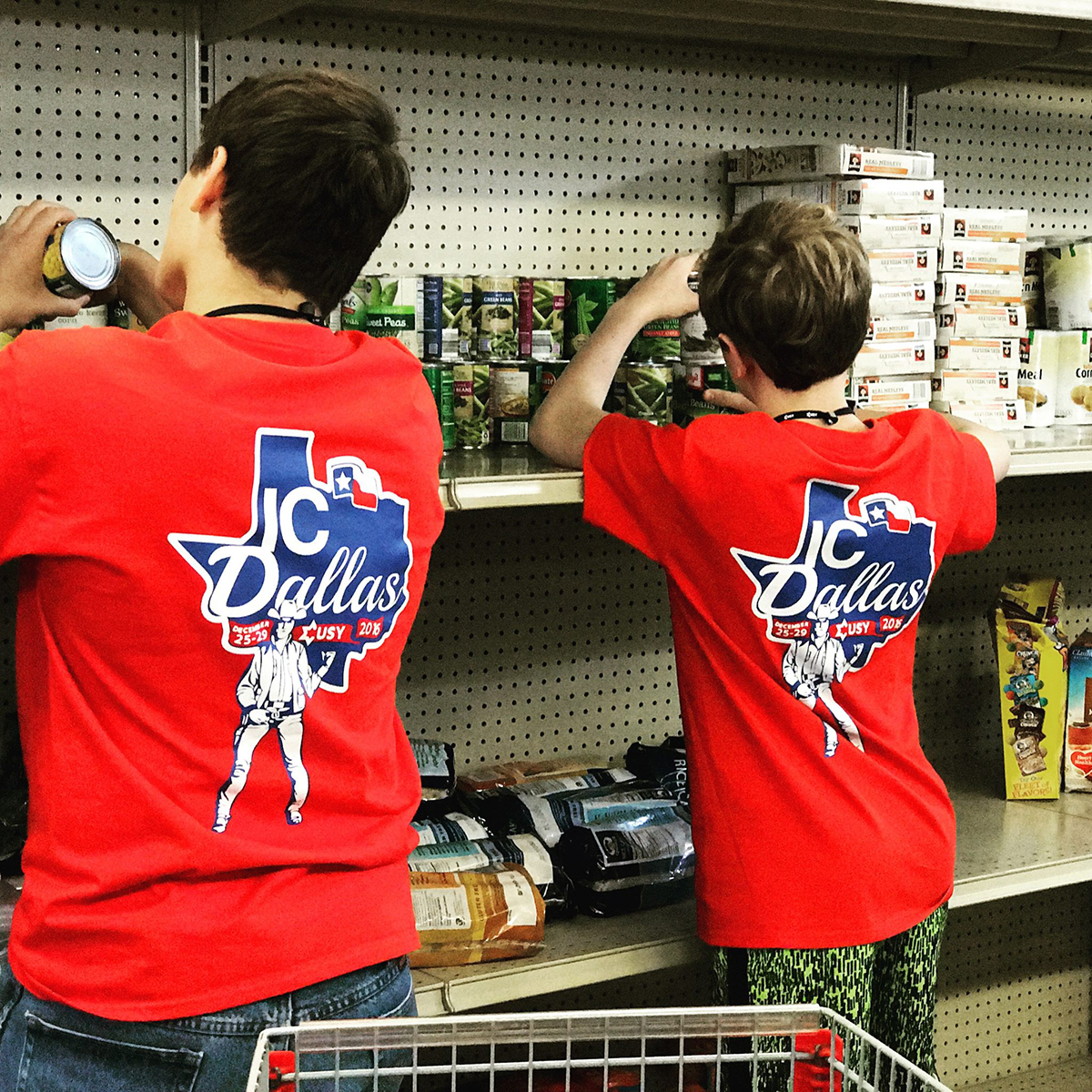 Today USYers put the lessons they’ve been learning to practice in order to help the greater Dallas community. Venturing out into the area, they took part in hands on social action projects to benefit those in need. They sorted and stocked food pantries, organized clothing for donation, sang carols and played games with families at Continue Reading » 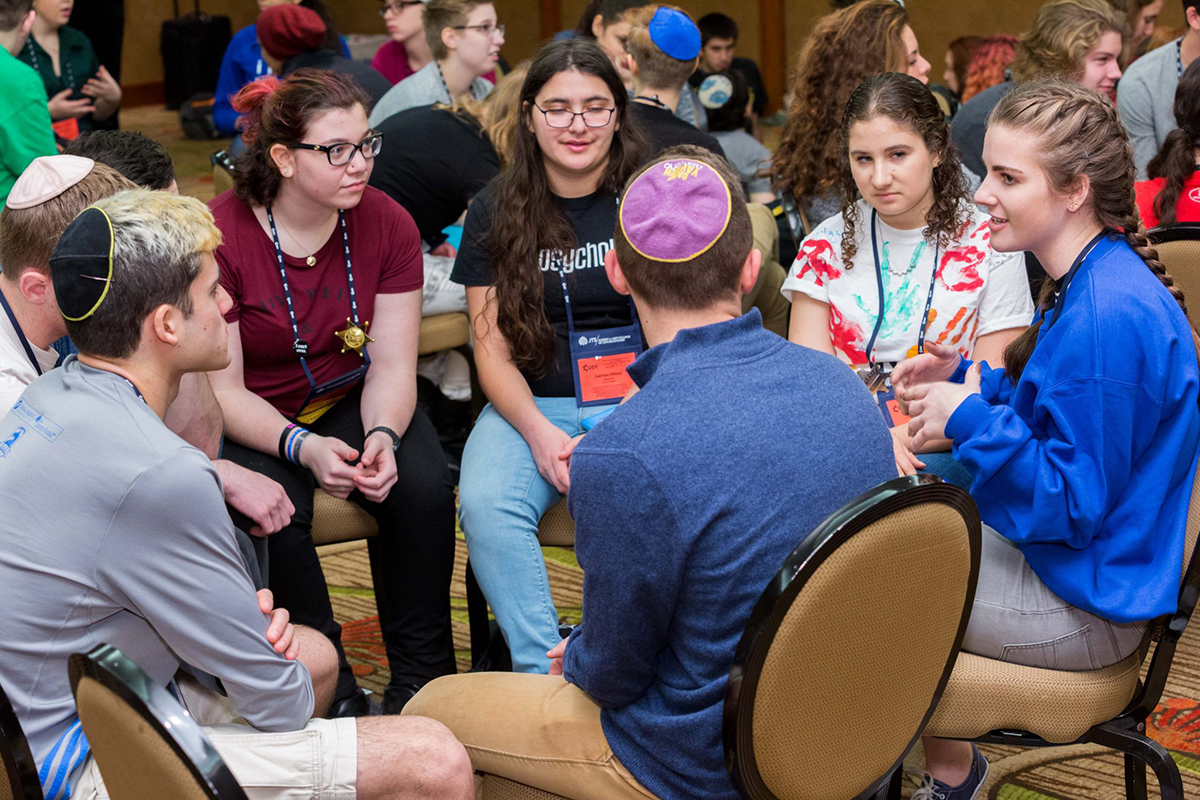 Today we began delving into the convention’s educational theme, Chazak, Chazak, v’Nitchazek; Be Strong, Be Strong, Let Us Be Strengthened, with interactive learning tracks led by educators and partner organizations such as KESHET, Hillel, and Stand With Us. By focusing on several topics including college advocacy, Jewish history, contemporary Israeli politics and culture, diversity, disabilities, Continue Reading » 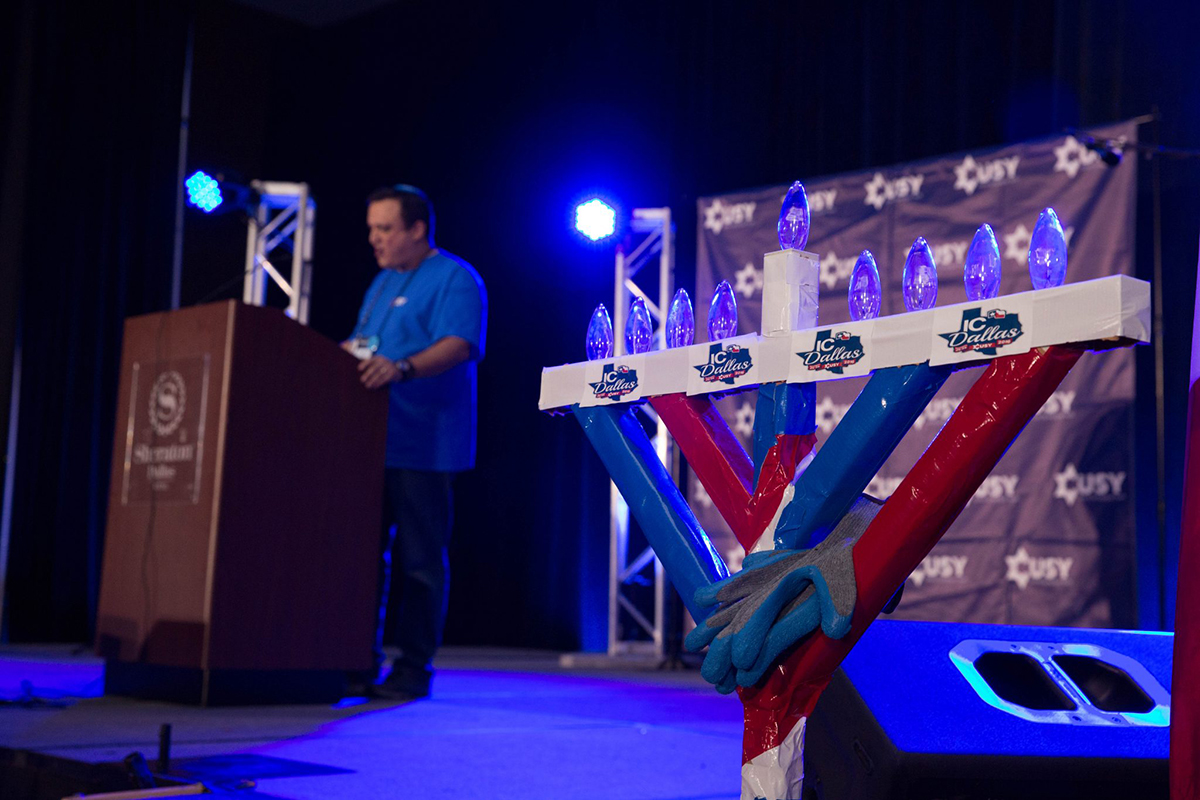 This morning USYers began corralling in to the Sheraton Dallas Hotel, coming by bus and plane from all over North America. The hotel filled with teens hugging, laughing and howdying as they reunited with old and met new friends. The excitement spilled over into Opening Session, as more than 600 teens from across USY’s 16 Continue Reading »

After months of planning, USY’s 66th International Convention kicks off tomorrow in downtown Dallas! This is the first time the convention has been held in Texas and like everything in the Lone Star State, this year #ICDallas’s bigger than ever! We are excited to welcome nearly 1,000 USYers, teen engagement professionals, alumni, and members of Continue Reading »

It’s Up to Us: USY and NOAM Olami United

This summer Ethan Feuer, USY International President, visited the leadership of NOAM Olami, USY’s sister group across the Atlantic. Ethan reflects on the similarities between USY and NOAM and gives a sneak preview of the partnership being forged between the groups as we work together to build a strong Jewish future.