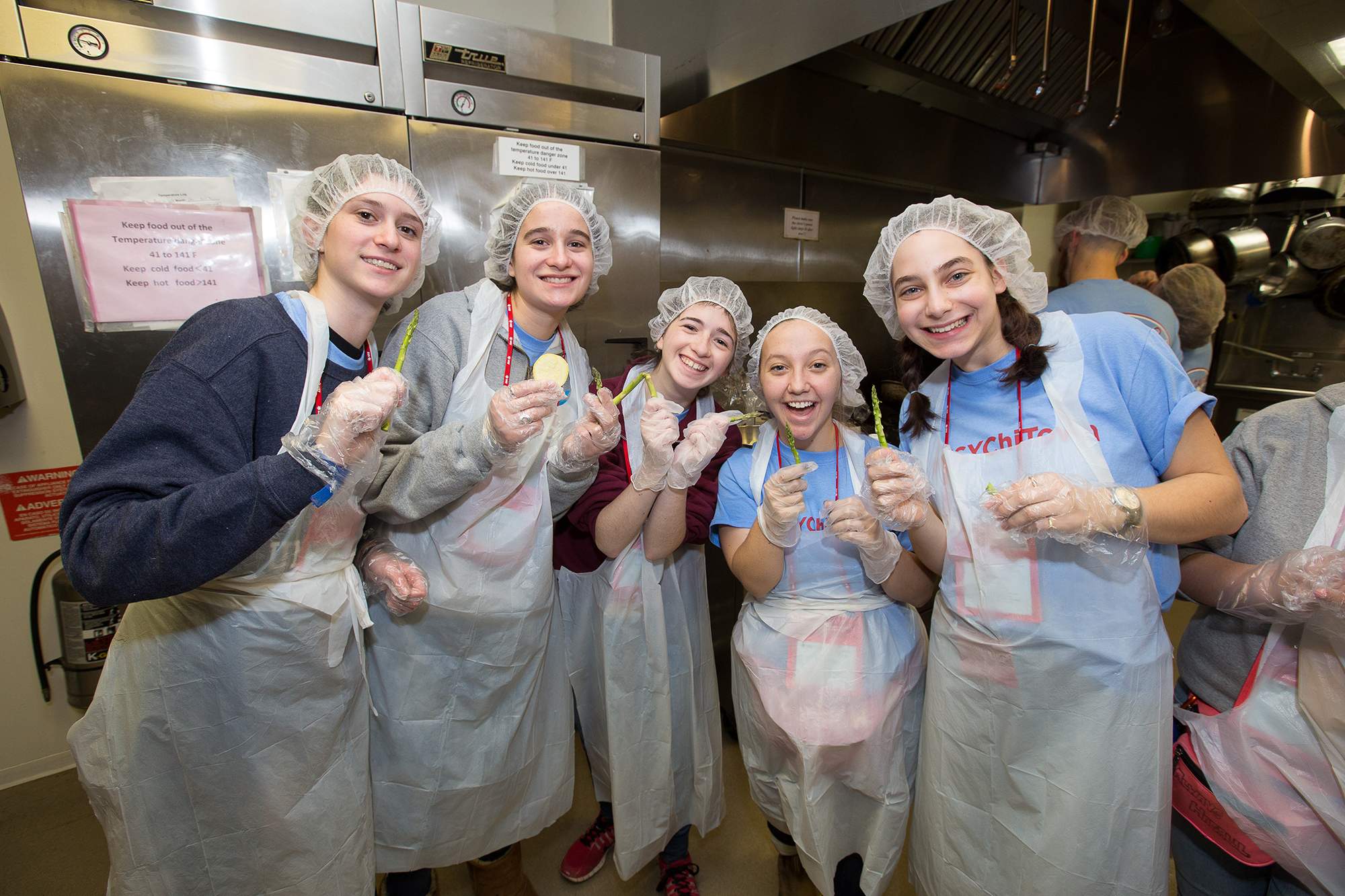 The club was designed for USYers who wish to be more involved in social action and learn more about social activism within the context of Judaism. You don’t have to be a SA/TO Vice President to join – membership is open to any USYer!

There is an annual fee of $6.13 to be a member of 613 Mitzvah Corps. You can also pay $61.30 to become a lifetime member. Your membership fee goes to USY’s Tikun Olam Fund.

Want to participate in social action over the summer?  Learn more about volunteering trips in either the Dominican Republic or Israel.

Chalutzim is an enrichment club for those who wish to be a part of a community and participate in more in-depth conversations about Israel. Chalutzim means “pioneers” in Hebrew, referring to the settlers who created the early Israeli state. Just like the first settlers, members, by being the change they wish to see and speaking out about securing Israel’s future, also are pioneers.

Discover Israel this summer on an Israel Pilgrimage trip with USY.

Torah Bytes is a series of webinars that connect USYers from across North America to examine and discuss contemporary topics through the lens of Jewish values and texts.

Past topics have included:

How do I participate?

USYers can participate in Torah Bytes webinars by computer or phone; no registration is necessary.

Though we encourage you to join every webinar, each Torah Bytes session focuses on a self-contained topic and discussion, so participating occasionally won’t impact your understanding.

Torah Bytes webinars take place from March through June and from September through December.

Have an idea for a webinar topic?

For suggestions and other questions, please contact your International Religion/Education Vice President at [email protected].

One of the most influential rabbis of modern times, Rabbi Abraham Joshua Heschel (1907-1972) was a teacher, philosopher, and activist for social justice.

A professor of Jewish ethics and mysticism at the Jewish Theological Seminary, he was an outspoken advocate for human rights, one of the first major Jewish figures to join the Civil Rights movement, a protester against the Vietnam War and an activist for aiding Soviet Jewry.

Named for Rabbi Heschel, the honor society recognizes USYers committed to the study of Torah, prayer and performance of G’milut Chasadim (acts of loving kindness).  It was established in 1979 to encourage teens to learn more about Judaism and the observance of mitzvot (good deeds).

Why should I join?

As a member of the Heschel Honor Society, you:

Members have opportunities to participate in special programming focused on Jewish education and practice including:

What are the requirements to join?

Memberships requires USYers to demonstrate active involvement in each of the following three areas: