Let’s start at the very beginning,

A very good place to start.

– The Sound of Music 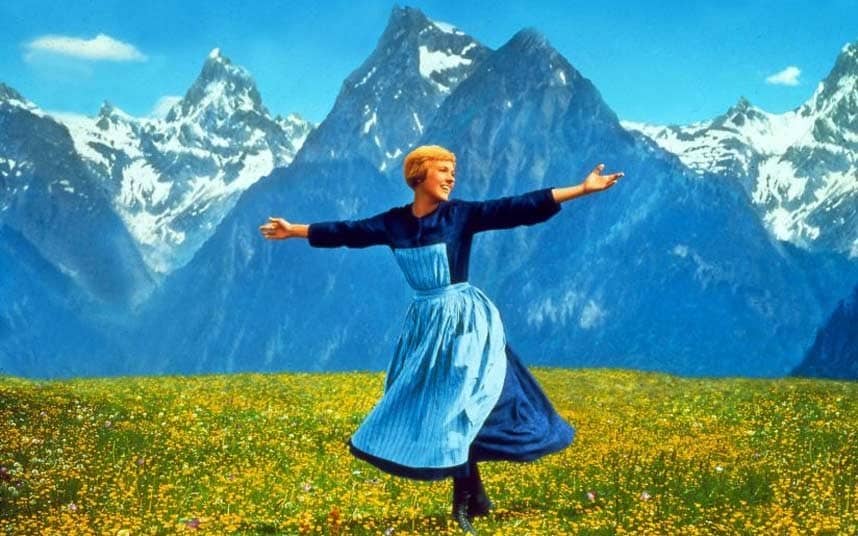 This week’s parsha (the section of the Torah read in synagogue this week) is the first in Torah portion in the first book of the Torah, Bereshit. To start out, just a quick overview.

The parsha starts out with the creation story– six days of G-d making stuff followed by a day of rest. Next comes the story of Adam and Eve. Eve is created from Adam’s rib and all is dandy until a serpent comes along and makes trouble.

Long story short, Adam and Eve eat the one fruit they’re not supposed to. Suddenly their “eyes are opened”  and G-d kicks them out of Eden as a punishment for being disobedient.

Filler filler filler until…the story of Cain and Abel. G-d, who was still quite involved at the time, asks for offerings. Cain gets jealous of Abel’s contribution so he kills him (woah, that escalated quickly). Cain is then promptly punished by G-d.

All this drama is followed by a long list of descendants of Adam (remember that), and to finish it off, we get a sneak peek after-credits preview of our next biblical hero- Noah! So now that everyone is up to speed, let’s start unpacking.

Bereshit is one of the most eventful parashot in the Torah, containing three of the most well known stories of all time: Creation, the Garden of Eden, and Cain and Abel.

Admittedly, each of these iconic stories have been milked so much that it would be difficult to find a new interpretation. So instead of focusing on one of the stories, let’s take a look at the parsha for what it is, the prologue of the prequel of the Torah.

A prequel is a story or collection of stories preceding a greater plot, so Genesis sure fits the bill, no question. Genesis sets the foundation for the coming events, all the way back to The Beginning when G-d created the earth.

It is the only one of the five books of Moses that doesn’t mention Moses, setting it somewhat apart from the other books (like a prequel). Also, it has its own protagonists such as Noah, Joseph, Abraham, Isaac and Jacob.

In addition, a prequel is often needed for the comprehension of the coming work or in our case to set the foundation for the rest of the story. As a book, Genesis fits perfectly, giving the basis for the world in the Torah, creating the setting, showing where the characters come from, and so on. Now, onto the prologue itself.

As an avid reader, the first question I have regarding books with prologues is “is that prologue necessary,” and there are a few Jewish scholars who have asked the same thing regarding Bereshit. Rebbe Yitzhak, a contemporary of Rashi, said: “It was not necessary to begin the Torah [here], but rather with “This month shall be to you” (Exodus 12:2), the first mitzvah commanded to the Jewish people.”

He believed that, although helpful, the stories at the beginning were unnecessary and the Torah could have skipped straight to Moses. Admittedly, I disagree with Rebbe Yitzhak’s assessment for the simple reason that I know the Jewish people.

In our day and age, there have been so many commentaries on almost every single phrase of the Torah that there are pages on even the most mundane of sentences. Imagine how many more would be written if how the world was created was not set in ink? If we had no idea about orr lineage?

So to answer my inner bookworm, yes I do believe that this portion was not only a valid prologue, but a necessary one.

Having solidified its purpose in the Torah, what can we learn from this parsha other than the obvious and somewhat cliché morals of the three aforementioned stories?

The part of the parsha that few people concentrate on is the enumeration of the 10 generations between Adam and Noah. It’s the smallest and most mundane part, taking up only a couple of verses, however; I believe that it is actually one of the most important parts, as it shows concretely how we got from here to there.

It shows the creation and beginning of a direct and indisputable chain of people that starts with Adam and continues all the way through the death of Moses.

A couple years ago, a family member of mine took it upon himself to trace back our family tree as far as it would go. He made it back over seven generations and sent a copy to every person in the tree, because he believed that family history is important. I couldn’t agree more.

Having a tangible record of people in any context is amazing, helpful and powerful, but there is almost always a point where you can’t see any farther back, where an empty space appears on the tree.

However; Bereshit helps us to go all the way back to a point that we all share, to learn about our ancestors from the very beginning. And the beginning, my friends, is a very good place to start.