Editor’s Note: Chag Chanukah Sameach, USY! We hope you’re celebrating eight days of joy, family, food, and fun. To spice up your Chanukah, read below as we share with you some intricate Latke & Sufganiyot recipes, a little blurb on the history of Chanukah, and the top songs by the Maccabeats, ranked by our very own USYers!

To brush up on your Chanukah history, read a little blurb from Rafi R, Hagalil: 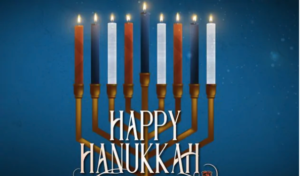 King of Syria, Antiochus III annexed Israel as a part of the Syrian-Greek Empire, and mistreatment of the Jewish people heightened as Antiochus’s reign prevailed. During Antiochus’s son’s reign – Hellenism (the belief of idol-worshipping and the common way of Syrian life) swept the land. Seleucus was killed, crowning his brother Antiochus IV as the king. The new King Antiochus was a tyrant and wanted there to be a common culture and religion over all of the Syrian-Greek Empire, resulting in the oppression of Jews. The old Priest Mattityahu refused to become a part of the Hellenist party and killed a Hellenistic Jew. Mattityahu fled Modim with his friends and sons, who would continue fighting for the Torah after Mattityahu’s death – led by Judah the Maccabee. Antiochus sent a 40,000 man army to kill Judah and his followers – “The Maccabees,” but the Maccabees won the series of battles. The Jewish Temple was now destroyed and vandalized with idols, the menorah was stolen, and the altar was broken. Judah and the Maccabees built a new altar and made a new menorah. When they went to light the new menorah, they only found enough oil to last one day. By a miracle of God, the oil managed to burn for eight entire days.

If you haven’t listened to The Maccabeats, then you’re doing something wrong! We asked USYers to rank their favorite Chanukah songs from The Maccabeats, so if you’re ever in need of song recommendations, you can always come back to this list! 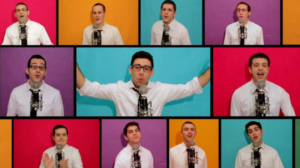